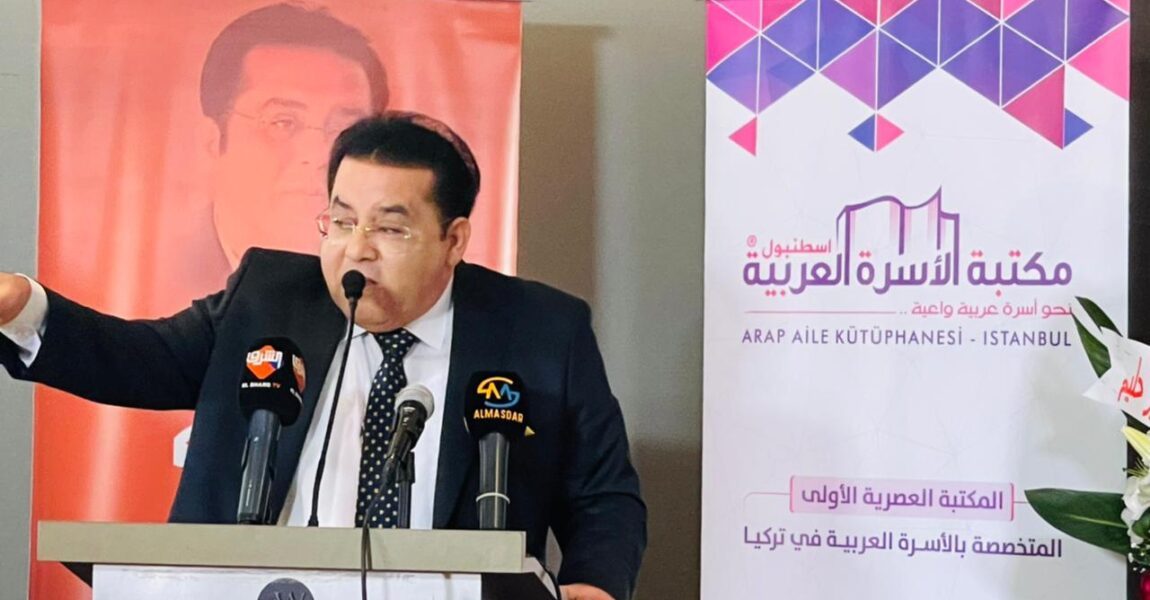 Leader of “Ghad El-Thawra … President of Egyptian National Union of Forces Abroad … Dr. Ayman Nour attends Signing Ceremony of his New Publish “Vision … A Program to Save the Egypt of Tomorrow “… in Arabic.. English &Turkish in the presence of media professionals, politicians & jurists

Being too fed-up of the worst policies in the history of Egypt nowadays and generally across Cairo and beyond, Egyptians are gathering and chanting “the people want the fall of the regime” and “down with military rule.”So, the leader of Ghad El-Thawra .. President of the Federation of Egyptian National Forces abroad. Ayman Nour, entitled … “A Vision … A Program to Save Tomorrow’s Egypt” in Arabic, Turkish and English. Hence, an international publishing house in Istanbul, Turkey, held a signing ceremony.

* A saver of dilemmas facing Egypt!

The veteran politician and writer discusses the most important dilemmas facing Egypt and hindering it from progress, while providing the necessary solutions for Egypt’s exit from its crisis, it proposes some political and economic visions within an integrated reform program, to be a last resort for Egypt and reform of what has been corrupted by the current regime.

The ceremony was held in one of Istanbul’s luxury hotels, on Thursday 02/25/2021, in the presence of a number of media professionals and political and human rights elites as an-wetness.

Dr. Ayman Nour’s vision foresees what will happen in the future, and the next change will come through the coalition of Sisi’s victims away from the traditional ideological hats, and the future will be for the civil forces. Change is coming because citizens have become convinced of its necessity and protection after they tried a number of options but failed miserably, so each change In the phase of the counter-revolution was the worst until the homeland reached the bottom.

The book’s vision laid down foundations for change that would not be based on an ideological base between modernists and Islamists, nor on a political basis between revolutionaries and counter-revolution groups, nor on the basis of generational conflict between old and new. On the alliance and victims of the regime and the Egyptian national reform and revolutionary forces, far from private agendas, ideology and historical differences.

The book also included preparing an interactive participatory strategic vision for the country, after a deep diagnosis of the causes of the disruption, and a thorough study of the experiences of the peoples who were at the level of the Egyptian people, before they take the path of stability, prosperity and comprehensive renaissance, and leave us moving in the same place, or rather we retreat to it rapidly, and the vision urged The necessity of conducting a deep dialogue within the strategic center or centers about the vision, mission, values, weaknesses, strengths, risks and opportunities, and defining the strategic axes that should be addressed in the upcoming national change project.

Preparing a governance program that includes a vision of structural, institutional and legislative reform for the state and its institutions, the economy and its sectors, and for society and its fields, a vision based on accurate detailed knowledge, including a national economic program that takes Egypt out of the crisis it is going through today, and can cross it into the ranks of developed countries in the future. By working on several axes, including:

* Policies for developing domestic demand
* Policies to encourage local and foreign investment
* Reducing taxes and unifying them to stimulate the economy
* Paying government suppliers to restore vitality to the economy
* Confronting bureaucracy that hinders production
* Unleash the potential of the Egyptian economy
* Policies and incentives to encourage small, integrative networked projects
*Allocating a minimum of 25% of government agencies’ purchases to be allocated to purchase from small enterprises.

Finally, a question uprises: May “A Vision … A Program to Save Tomorrow’s Egypt” New Edition of Nour Ghad El-Thawra be the nail of Sisi’s coffin?!